How to Speed Up and Slow Down Snapchat Videos

Everyone who has access to Snapchat knows how to record a video. Still, only a few people have the idea of how to speed up Snapchat videos. By reading this guide until the end, you will become an expert in speeding up Snapchat videos and slowing them down.

Moreover, it works as a handy video editing tool that can instantly increase or decrease the playback speed. Here, we will discuss everything related to it.

Part 1: How to Speed up Snapchat Videos?

Snapchat offers the convenience to alter the playback rate filmed on the platform, including increasing it. The editing ability makes the video a bit better than the one with the average speed. You can perform the procedure on both Android and iOS devices.

Please follow the method listed below to learn how to speed up Snapchat videos.

Step 1. Run Snapchat on your smartphone. Make sure that you have signed in to the platform.

Step 2. Create a video clip by merely tapping and holding the "Capture" tab.

Step 3. Release the button once you wish to finish filming.

Step 4. Swipe to the right until you see the image of a Rabbit. It is the mode to speed up the video.

Step 5. Save the video or share it as your Story with your family and friends.

In the next section of the article, we will discuss how to reduce the playback speed of a video recorded on Snapchat.

Part 2: How to Slow down Snapchat Videos?

If you wish to give a slow-motion vintage look to your video, then Snapchat has got you covered in that end as well.

The Slow-Mo mode of the app reduces the playback speed of the footage marginally to allow the user to catch the little details. It is a fun feature, which you can share among your loved ones in an instance.

Learn how to slow down Snapchat videos by following the method listed below:

Step 1. Launch the Snapchat app on your Android or iOS smartphone.

Step 2. Record a clip on the platform by tapping on the Capture button. Keep holding the button during the filming process.

Step 3. Once you want to complete the recording process, release the capture button.

Step 4. Swipe to the right until you see the image of a Rabbit. It is the mode to speed up the video.

Step 5. The Snail's image represents the Slow-Mo mode on the Snapchat app.

Step 6. After setting the playback speed of the recorded clip, share it on Snapchat.

How To Trim a Video on Snapchat >>

How to Add Text to Snapchat Video >>

Part 3: How to Adjust Video Speed on iPhone with iMyFone Filme Lite?

Snapchat is more of a video or image sharing platform than a video editing app. You will come across several limitations while editing the video on the service. Moreover, it doesn't allow you to edit the playback speed of videos with larger files or playback lengths.

If you require to edit proper videos or alter their playback speed, then use the iMyFone Filme Lite free app on your iPhone. You can edit the clip's pace from the video editing app and then upload it on Snapchat to share it with the world.

iMyFone Filme is also available for the Windows operating system. Moreover, the new users would be able to utilize the application's free license for a month.

The top features of the app are as follows:

If you find any trouble adjusting the speed of a video clip on iMyFone Filme, then follow the list of instructions below to complete the job quickly.

Step 1. Run the app on your iPhone.

Step 2. Add the video clip and tap on the Speed button available on the interface.

Step 3. Reduce or increase the playback speed and save the video before uploading it on Snapchat.

Now you know how to speed up Snapchat videos via the social media app and through a third-party app. If you an avid user of Snapchat, then this guide will help you in a lot of ways to manage and share well-adjusted clips.

Lastly, if you wish to adjust the playback speed with more options, it is better to use the iMyFone Filme software on computer. You will get a much-needed and effective platform to speed up or slow down the video.

You may want to read: 5 Ways to Change Video Speed >>

Watch this video to learn how to use Filme to change video speed: 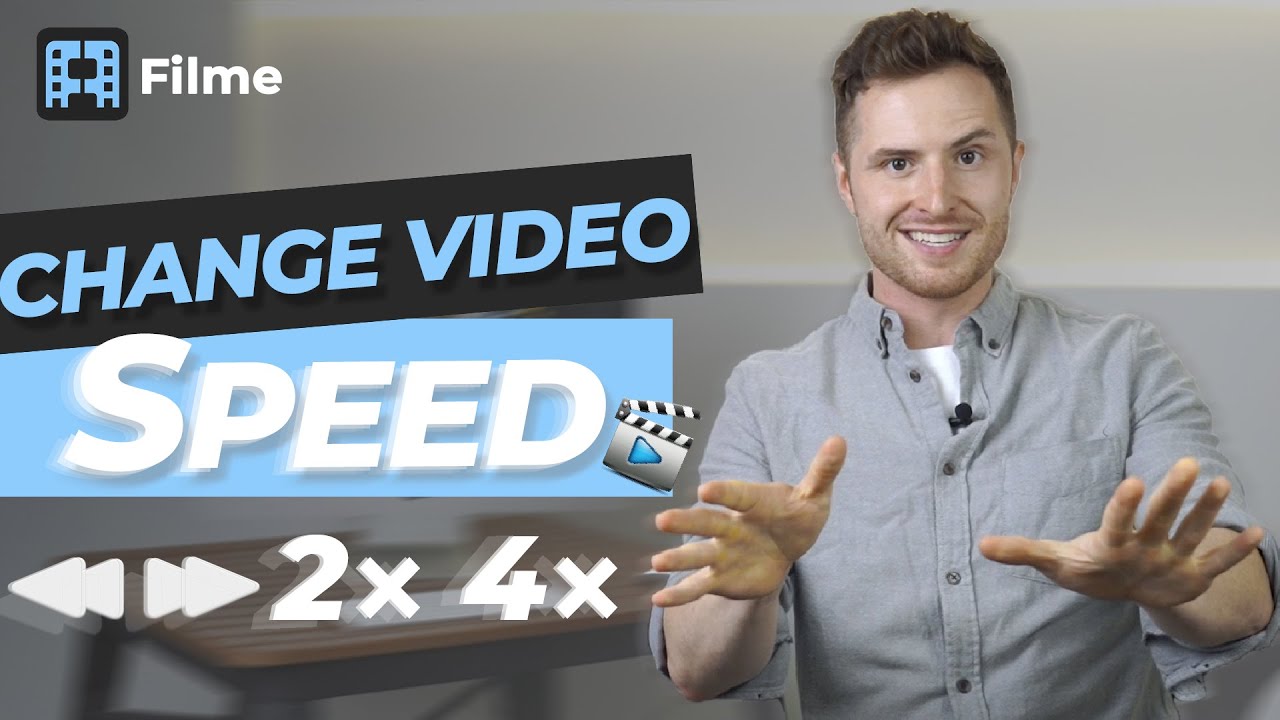