Since the arrival of the blur feature, the demand for it has been increasing immensely. Almost everyone expresses a desire to hide something from the video.There can be so many valid reasons behind hiding faces and objects from videos. You'll find thousands of articles in Google telling you the reasons for blurring out objects.

After gathering the knowledge about the blur feature, the following things that come to your mind would be the appropriate ways to blur out your objects.You'd probably think whether it's befitting to use a blur tool in Android, iPhone, or Desktop. Luckily, you'll find fascinating blur tools for almost every device you'd like to use.

Whether it's an iPhone or Android, you'll get to see appropriate video editors that offer reliable services when it comes to blurring out your faces or objects.In this article, we've made up the mind to introduce ways to blur out your objects without any fuss.

Everybody knows about the supremacy of iMyFone and the value which it adds to the editing world. Besides offering almost every kind of editing feature, iMyFone Filme lets you allow blur out your objects/faces without any fuss.Let's talk about the steps to blur out faces using iMyFone Filme.

To blur out your Faces, the first thing you need to do is install the application and open it on your desktop.

The next thing you need to do is upload a video from the device you want to blur out faces. To serve your purpose, you need to Launch New project and import any video file from thereon. 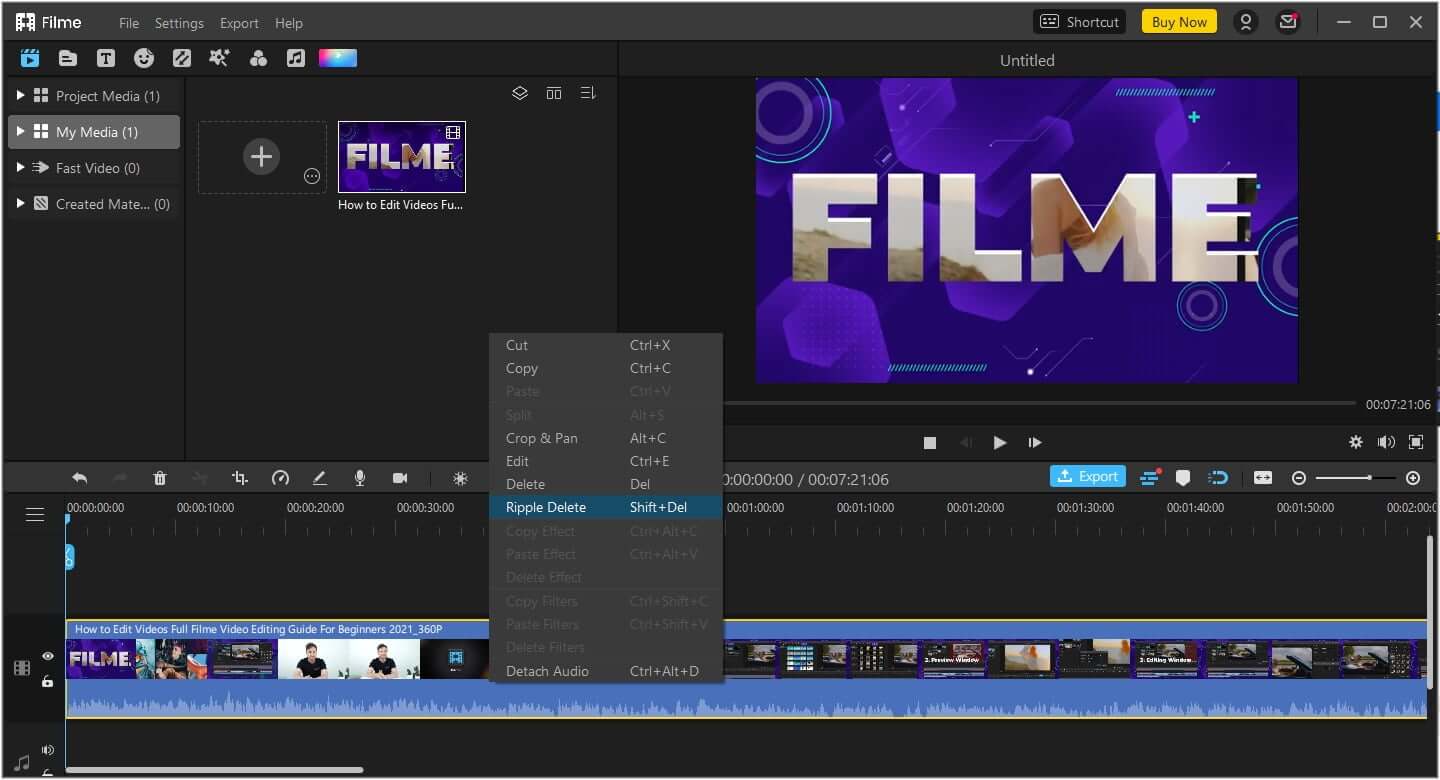 Step 3: Choose the part you want to blur.

After deciding it, click on the More Tools option and hit the Highlight and Conceal possibility.

In this phase, you can add appropriate effects to your video. After adding effect features, you need to adjust the frame you're using to cover the blurred area. Later, it would help if you hit Mask Properties to adjust the blur setting.

You'll find many third-party applications offering you the opportunity to blur out your objects or faces, but only a few are trustworthy.

Sometimes, your video quality doesn't remain the same after adding blur effect, but you'd not face such an issue with Adobe Premiere Pro.

It's fascinating software that has earned unbelievable success over the years. You only need to go through some simple instructions to blur your moving face with Adobe Premiere Pro.

After acquiring the tool's services, you need to launch it. Later, you'll need to import a file you want to blur faces.

You'll see some blur effect options to choose from. Gaussian Blur is one of the most popular blur options you'll ever find.

Step 3: Push towards the timeline.

After choosing an appropriate option, you need to drag the blur effect towards the timeline.

In this step, you need to hit the Effects Control option. After, you can see the Gaussian Blur effect below. The blur effect has been applied to the whole video, but we needed to blur only the face.

It would help if you searched for Free Draw Bezier. After finding it, you need to click on it to cut the video part you don't like to blur. Cut every aspect of the video apart from your face.

After making all the changes, you need to press the Inverted button option. You can see now that your face has been blurred.

How to Blur Video Background in Lightroom >>

Part 3. How to Blur Moving Objects with iPhone/Android App

Whether you're an Android user or an iPhone user, you can easily blur out moving objects from your videos with app.Let's talk about how to do it.

Skitch is a fascinating app for iOS users to blur out moving objects. It possesses a Pixelete feature, allowing you to blur a part of the video.

Importantly, Skitch doesn't offer a challenging interface for its users but a pretty easy and smooth one. Using this tool, you can blur out your objects or faces with few steps.

Steps of Blurring Out Objects with Skitch.

After launching Skitch on iOS, you need to select a photo or video you want to edit

Step 2: Select the down button

Now, you'll need to press the down button at the right of your screen.

In this phase, you'll need to use the Pixelate button to highlight the object you want to blur.

After applying the blur effect, you can add effect features to your file. You can add essential features like emoji, text, and other stuff to make your wonderful.

2. Blur Video and Image [For Android]

Using this magnificent editor, you can add blur effects to any photo or video you want. It offers a pretty simple interface, making it a perfect option for Android users.

You can utilize its terrific features to adjust the size and duration of the blur effect you're going to add.

Steps for Blur Out a Moving Object with Android App

To blur out moving objects, you need to acquire Blur Video and Image services by downloading them.

After installing it, you need to upload a particular video clip from your gallery to add blur effects.

Step 3: Blur out the moving object.

You need to select a block image you need to place in the object you want to blur. And you also need to adjust the duration in which that moving object comes.

After blurring out a particular object, you can download the video file by clicking on the Save button if you're satisfied with the proceedings.

Part 4. Why Do You Need Blur Moving Objects?

Many people ask why people would want to blur out objects and faces in their videos.

There can be some unforeseen reasons behind blurring out objects from videos, but some are more common.

Sometimes, people want to blur out their faces on a particular video to hide their identity. They don't want to appear in public because it can create colossal fuss and trouble for them.

The majority of the people hide their faces on a business video because that particular video is supposed to run on the news channels. Blurring out faces will help them to avoid appearing in front of the public.

If you're using someone's video and he gave you the authority to use his video for commercial purposes but at the condition of blurring out his face from the video.

Similarly, an owner of the video can also ask you to hide some objects from the video. Generally, it's not ethical to use someone's content for your private purposes, but some people grant you the authority to utilize their content by hiding some stuff.

Luckily, the emergence of iMyFone Filme has made their job easy by providing some flawless features. The best thing about Filme is its support towards pro content creators and newbies. Filme will support motion blur effect in the next version.

You can easily explore its advanced and professional features; however, you'll need to acquire its premium version to use the most advanced features.