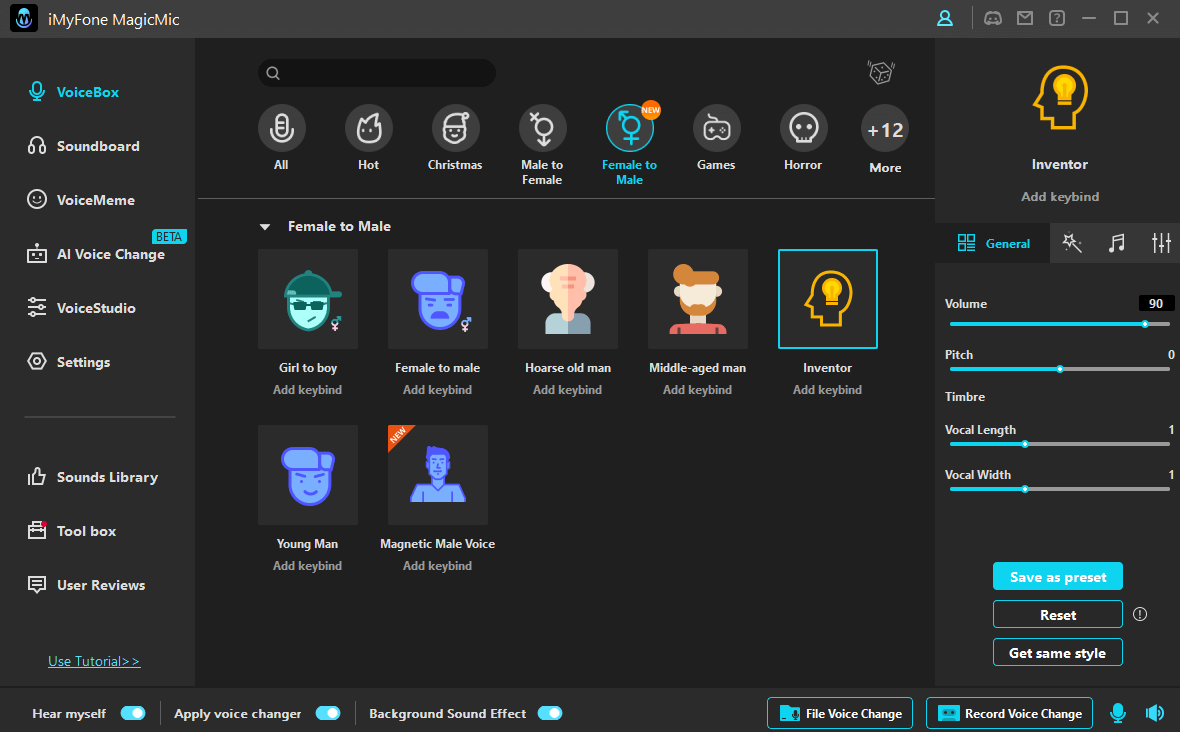 [Step Guide] What is the Best Girl Voice Changer for Valorant?

Valorant is a popular game, and many people tend to enjoy this incredible game. However, what about using a voice changer to trap your enemies as some voice changers offer this facility Using an appropriate girl voice changer for Valorant, you can change your voice while playing the Valorant game.

Here, in this guide, we'll tell you about the Valorant voice actors and discuss the mind-blowing voice changer for Valorant.

Part 1: Who Are Valorant Voice Actor?

Valorant is a mind-blowing game that was initially named Project A. However, the developer of Legends changed the game's name and introduced it as Valorant.

It is an outstanding postmodern game with Counter-Strike, Overwatch, League of Legends, and Global Offensive elements.

In this game, five players tend to fight against 5 players, with one side trying to attack and the other having to defend the scare. This game has some similarities with CS: GO and acts like that game, but it certainly is a more exciting and fun game.

An attacking team in this game tends to attack the opponents with a bomb, and the other team tries to avoid the attack.

Every round in this game consists of 100 seconds followed by 25 Rounds. A team that wins 13 matches declares a winner, and the other team has to accept the tag of a loser. Every agent in this game has a serious role and helps the companions fight for survival and victory. 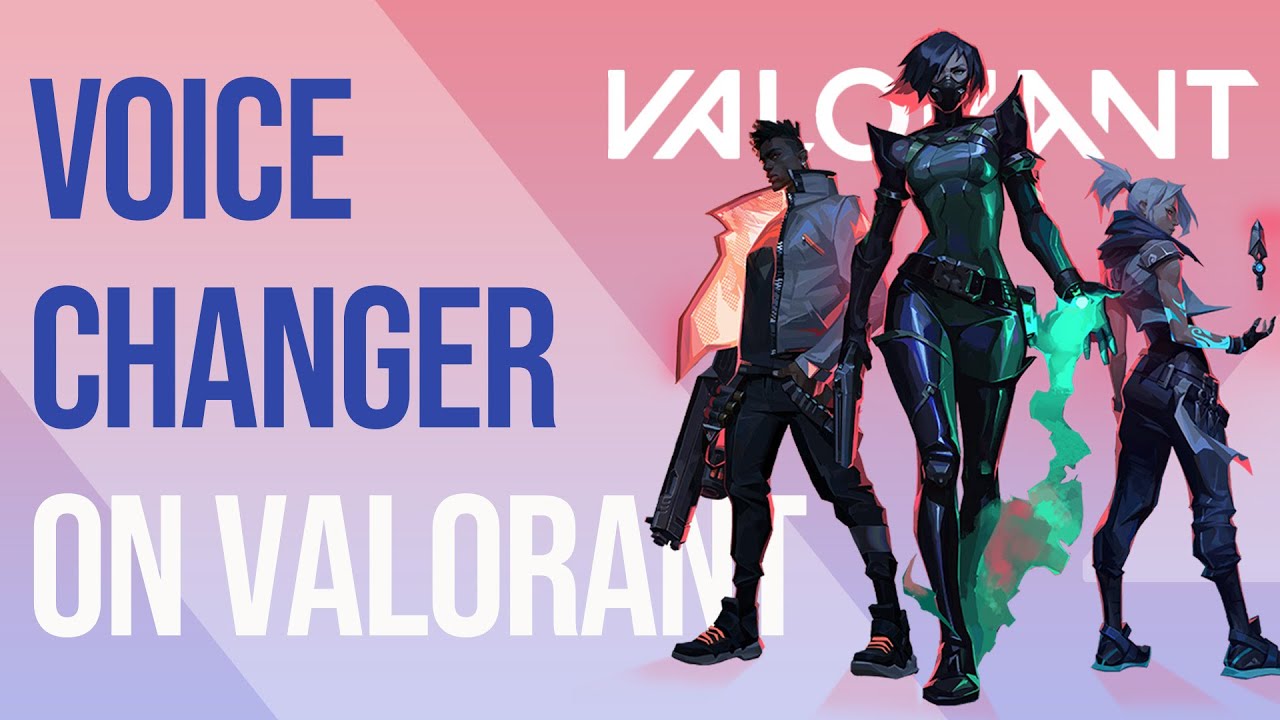 Jett is a remarkable poster young girl of Valorant. She has a sarcastic yet pretty influencing personality. Shannon Williams, an incredible singer, talked about Jett's mind-blowing character.

Phoenix is another prestigious agent in Valorant that has impressed many games lovers worldwide.

He belongs from the UK and is known for his terrific fighting style and for igniting the battlefield with flare and flash. Afolabi Alli took the opportunity to portray the Phoenix character with his eye-catching voice.

Brimstone is probably the oldest character in Volorant, who advises his squad to take advantage of certain things. Steve Blum, who gained popularity as a Tank Dempsey in Sub Zero, Black Ops 4, and Call of Duty, portrayed Blum's character in his voice.

Many people wonder about the voice behind Sova, a profound agent in Valorant. Aaron Vodovoz is the voice behind the character you're talking about. The role of Sova is pretty straightforward as he tends to track and then kill the enemies with precision and ruthless efficiency.

Viper is an outstanding American chemist agent in Volorant who tend to control the battlefield by deploying poisonous chemical devices.

She is pretty good at trapping the enemies and making them look like fools. Ashley Burch, the mind-blowing voice of Viper agent.

Killjoy seems to be a pretty genius agent in Valorant that tends to prosper on the battlefield courtesy of her remarkably innovative mindset.

She doesn't tend to panic even in the worst of times and stays pretty calm even when all the odds are against her. Faya Mata was the voice behind the Killjoy character.

It is not easy to be Omen in Valorant as he had to make the strategy to fight on the battlefield. Apart from making plans, Omen also had to fight for survival. Jason Marnocha, the voice interpreter behind Omen, is one of the best Volorant voice actors.

The breach is an iconic agent in Valorant that uses a kinetic blast to clear a path on the battlefield. This character looks emphatic, and everyone loves him.

More than breach's presence in the game, David Menkin, who was the voice of breach, appreciated it loudly.

Cypher is one of the most crucial agents in Valorant that tend to keep the check of the enemies' every move.

After spotting the enemies, Cypher urges his companion to attack them. Nabil Elouahabi, famous for his role in Dragon Age, recorded Cyphor's character.

Mirana O'Hare, the voice behind Skye's agent in Valorant, possessed a pretty soothing voice. The role of Skye is to protect the defined territory on the battlefield. Skye looked pretty exciting on the battlefield, and many people loved her in the game.

If you're looking for an appropriate voice changer for Valorant, you can't find any better option than MagicMic Valorant soundboard. It is a flawless voice changer that brings brilliant features to you. Using this tremendous tool, you can make your voice sound like a robot, girl, Darth Vader, etc.

On top of that, MagicMic comes with a great microphone that ensures the voice quality remains top-notch and you don't face any issues. Moreover, MagicMic also offers you an opportunity to modify your voice when speaking on the microphone.

Steps to do Voice Change on Valorant:

After visiting the iMyFone MagicMic website, you'll need to install the latest version and launch the software afterward.

You'll need to select a Microphone and headphones as your input and output devices in this phase.

You'll need to tap the ''Voice Changer'' icon and select the voice filters you'd like to use while speaking on the microphone.

Moreover, you can select a sound effect you'd like to use in the background. You can also import the sound effect from your PC gallery by tapping' '' Voice Meme''.

Open VALORANT and go to the Sound Settings of the Game. Select (Voice Changer Virtual Audio Device (WDM)) as the input device Microphone. Save and Apply. Now you can play VALORANT with your changed voice.